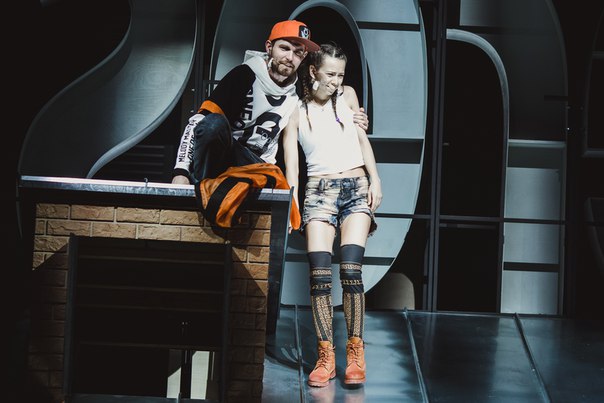 ” War is the universal, and mutual evil.”
Noize MC spoke on his new project with “Kommersant”
Hip-Hopera, which was premiered on Thursday, July 7th at Moscow Concert Hall “Tesla 4000” – is a show, created by the efforts of rapper Ivan Alexeev, also known as Noize MC, and theater director Yury Kvyatkovskiy, the author of the spectacle “Cops On Fire”. Hip-Hopera is based on the Classic Greek myth “Orfeo ed Eurydice”. Kommersant’s Boris Barabanov spoke with Ivan Alexeev on how Hip-Hopera interacts with nowadays life, and asked him the questions about Russian Rap in English and previously canceled concerts throughout Russia.

Please, tell us how the project started?

Initially, this project was sponsored by Ballantine’s. They have been interested in creating a huge event, involving hip-hop and theater drama. Our sponsors have been inspired by “Cops on Fire”, and I am personally a huge fan of that spectacle, and I wished to work with Yury Kvyatkovskiy for a long time. Actually, I wanted to try myself in a long-form piece, like we tried, for example, when our LP “Posledniy Album” (“The Last Album”) was released in 2010 and it was accompanied by audio and printed book. There also was some common line. I started to write the lyrics for Hip-Hopera right after my first meeting with Yury Kvyatkovskiy. Since there were the first tracks to catch up, Yury started to write a libretto with his team.

Is the outline really based on “Orfeo ed Eurydice”?

Actually, it’s a quite simple interpretation. It sticks to all general ideas, but it is a less fairy tale. The action of the spectacle unfolds at our time. We actively use the aesthetics of modern hip-hop and its associated features. In particular, we have Hades, played by Oleg Gruz, as a head of the label, who signs the contract with a leading character Orfeo, played by me. Orfeo wins the singers’ contest, which looks like a battle. This is totally the postmodern spectacle, as we have references to Classic Greek mythology and Buddhist philosophy.

“Our time” is also a vague concept, which is hard to catch on. What does “today” mean for you?

Speaking about the time reference in Hip-Hopera means that all that events could happen a decade before, or would happen a decade after. I would draw the time frames within that period. And we are now in the middle of that twenty years. When creating Hip-Hopera I was inspired by Heru Ptah’s “A Hip-Hop History”, who is from New York. It’s been roughly translated into Russian. So, I read the original in English, when preparing for the opera. The book was issued in 2003, for that moment there were only a few underground labels in Russia, which produced a hip-hop music, plus several projects with access to Media and skeptical people’s opinion to them. In Hip-Hopera, of course, I used my personal experience of engagement with persons and structures, who tried to influence on my music. Again and again, characters and audience have been asked in the opera: How do you define your essence? All the world has been trying to influence on the main character Orfeo through a simple manipulative way. One by one, different characters, both positive and negative, have been trying to bring him over their desired choice, saying: “It’s not you, you can’t do like that! It’s not true, I know, you are different”. And everyone behaves as if they know who he is, but actually, he seems does not know himself.

When you say of using hip-hop, I want to ask you, which one? There are a lot of different styles and schools.

This is a point that we tried to use all the palette. We have a modern hip-hop with drum machines Roland TR-808 and trap sound, and old school – a heritage of gee funk, early Shoop Dogg and Dr. Dre. One of my favorite acts is the one with a steady beat, mostly referring to the bands like Die Antwoord. We also have rap-rock. Our actresses are rapping and singing, so we may say, we have R’n’B. What Oleg Gruz does is mostly alike to recitation to music. There are almost no sounds referring to my own band, as I wanted to give each character its own face, including the musical.

Will there be an audio version?

Sure, there will be an album, probably, but not this year. This project is not as easy for the tour as we wanted. For now, we need to make a premier in the way we want.
It is interesting that you make the project in the same period, when “Hamilton” – a musical, built on the fusion of recitative and a traditional music theater – takes all the Tony awards. A success of “Hamilton” is due to its language, understood not only by a hip-hop audience. Does your “Hip-Hopera” have any perspective beyond the subculture context?
Definitely, does. It has only a few tracks, written in a complex language, because the question is about emotional distress of the characters. I suppose, the unprepared person should listen to it several times. But generally, you don’t need special knowledge. I wrote dialogs in a simple way.

Please, tell us about the material you write in English.

I have around ten such songs, which means an album, I think. I plan some featurings with foreign singers. I think, I will return to this project the next year, as prior we need to release the album in Russian. All the demos for the English album are done here in Russia, but the final versions will be recorded abroad. It’s interesting to write in the foreign language. It is turned out that many skills, developed in Russian, could work in another language. It is completely the new sphere of activity. There are so many people speaking in English in the world. I really want to share my work with them.

When you write in Russian, the audience could easily understand the facts of life, references to movies, double-triple meanings, humor. What about the lyrics in English?

The number of common themes, of course, is decreasing. But still, I refer not to Russian movies, then to some phenomena of the world culture. If we talk about the content, then it relates to psychological problems or is based on any allegories. But I do it often in Russian. I have discovered that I learn to make something in another language, what I can do in Russian. I write a song, and I learn the language at the same time. I became easier to treat an accent, as it makes a less sense, after the success of bands like Gogol Bordello and Die Antwoord. However, I have a friend, a Briton who teaches language in Moscow, and who I have initially discussed with my English texts on Facebook. I have also consulted with my American friend Ellen Lee Ehrlich, a wife of Chacha Ivanov, a leader of the band “Naiv”.

I heard you tried to record the songs with Zemfira?

Yes, I did. But then she had disappeared somewhere. I called her recently after Vera Polozkova’s concert, not looking at the watch, and got an answer, that even Konstantin Ernst does not call at that time. Overall, there are two ready-made songs and all sorts of demos. But I have a suspicion that it is too early to say about the release.

However, it seems to me that you slowed down the public activity.

Firstly, it’s not as easy to squeeze between the news about Oxxxymiron, as it seems. (Laughs.)

It looks like he’s taken the place of the “new hero”, which once served for you.

He has recorded a great album – “Gorgorod”. There wasn’t any album before like that. His earlier works I perceived as “rapping about rap”, as a part of a battle subculture.

Would you participate in the battle now as in good old days?

I do not like the nowadays format of a battle when people have to spend two months for rehearsing in front of the mirror, and even then go and rap without music. I do not like the energy when you have to look for the things to reproach the opponent. There is no artist, who I would like to destroy somehow in front of the whole world. When there is a fuse for that, it is cool and interesting. I feel sorry for wasting time for that. We have spent four months for preparing a theater spectacle.

A few your concert have been canceled during several years…

In total, around twenty.

This is much bigger, then the other artist…

Has someone explained to you the reason why?

My life seems to threaten the territorial integrity of the Russian Federation… Usually, by the words, there are random reasons: information about a bomb planted, or drug selling in the club. I mean, they have never canceled the show for us swearing bad words. To hear such words, at least, they need the concert to start. Actually, it’s weird that you asking that. Of course, the real reason is obvious. This is our trip to Lviv, where I have handled a Ukrainian flag. That’s all. A certain type journalists have overblown a scandal with headings “Noize MC has sold his motherland”. Well, then, perhaps, I was in some kind of lists that organizers guided. My position has not changed, whoever and somehow it would be interpreted by. War is the universal, and mutual evil.

Do you have a feeling, that after that trip to Lviv you have lost the part of your audience here in Russia?

Probably, I have. Anyway, those are people who perceive our work quite poorly, or they are far from our views. When in 2012 I clearly stated my antifascist position, we have also received a ton of negative from the rightists, who used to be the part of our audience. I am not really upset about that. I don’t have the aim for everyone to listen to us. 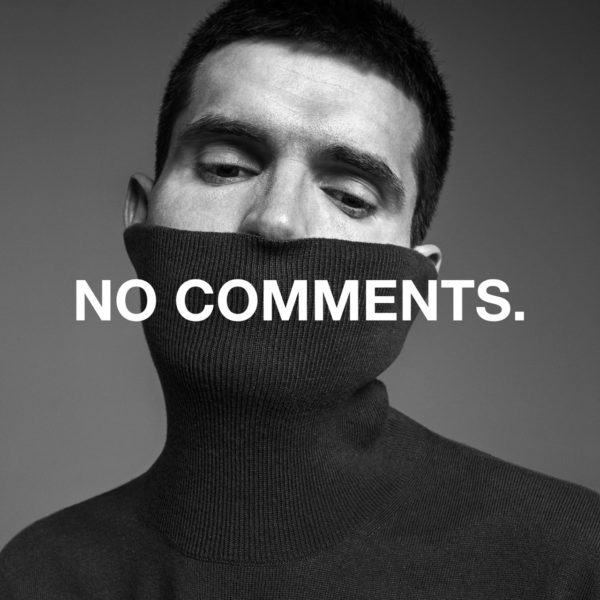